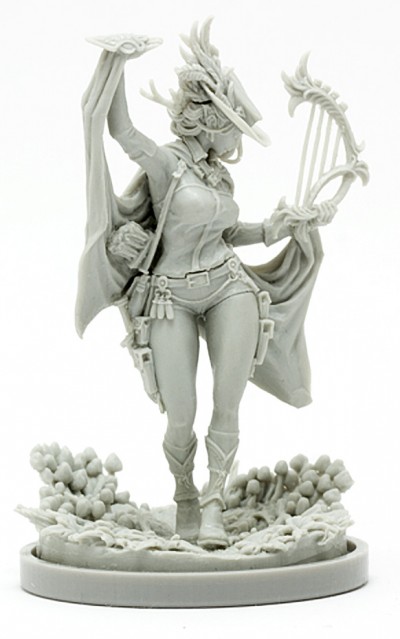 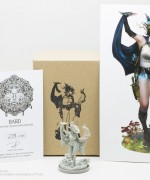 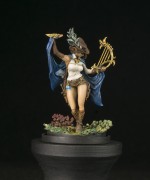 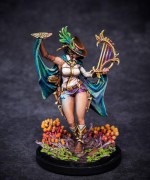 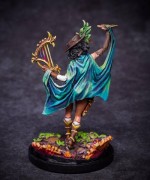 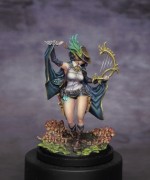 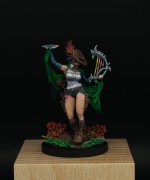 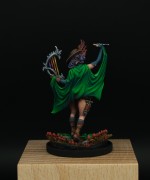 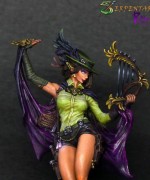 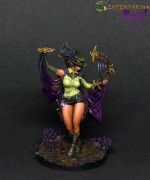 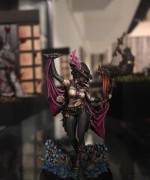 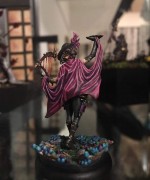 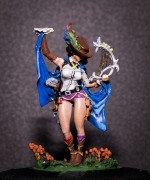 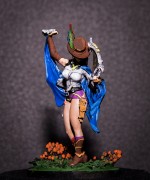 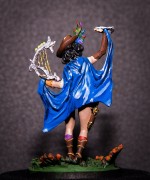 Rippling just beneath the surface, in every idle whistle and unfocused melody, the Devil's Symphony desires to manifest. A piece of music so powerful it kills any sentient being that hears it. The Bard, the god of performance incarnate, arrives to battle the symphony. Her ears are outfitted to hear into the fundamental frequencies of the world. She listens unharmed, to the insidious echoes of the symphony, following it wherever it sounds. Her weapons play harmonies and dissonances that warp the harmonics of reality to combat the symphony's destructive power. Over centuries, generations of fans have followed her on the road to confront the symphony within the Obsidian Catacombs.

The Bard is the result of a continued collaboration between Adam & Lokman, exploring some well established tropes in fantasy art. Originally intended as a small line of Generic Hero Classes, the results were so compelling and un-generic, each hero's appearance told so many exciting stories that we wanted to integrate them into the KD world but so far nothing concrete has emerged.

Before the Wall
Aya the Survivor