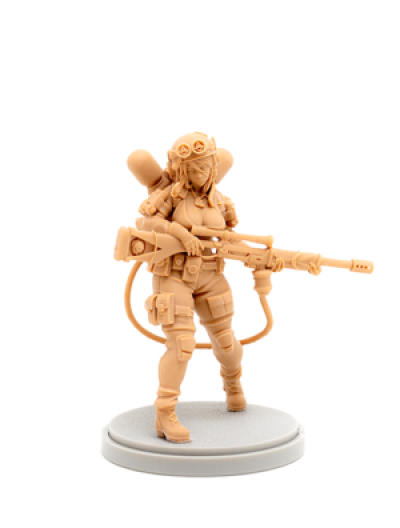 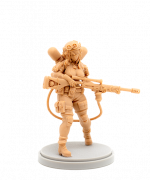 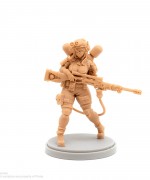 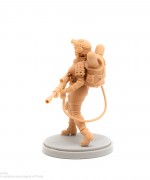 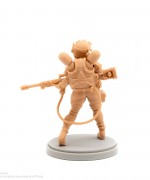 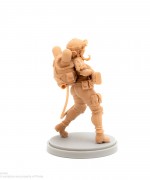 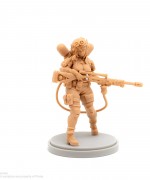 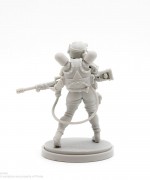 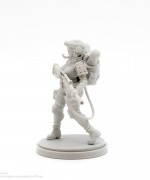 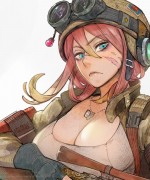 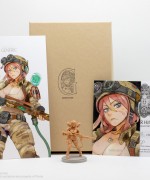 The Caster Hunter is the result of a collaboration between Adam & Lokman, exploring some well established tropes in fantasy art. Originally intended as a small line of Generic Hero Classes, the results were so compelling and un-generic, each hero's appearance told so many exciting stories that we wanted to integrate them into the KD world but so far nothing concrete has emerged. The Caster Hunter's people make their home on a rift of boiling cosmic chaos, enjoying an ecstatic life of indulgence and plenty. Wanting for nothing, they did not hide their fortune. Casters from many worlds laid siege to the undefended oasis, building leylines to siphon the magic of the place. Its people were cast out of its wondrous harmony and into the desert beyond. They grew ferocious and vengeful and now they live to hunt and kill the casters that rely on the magic stolen from their home.