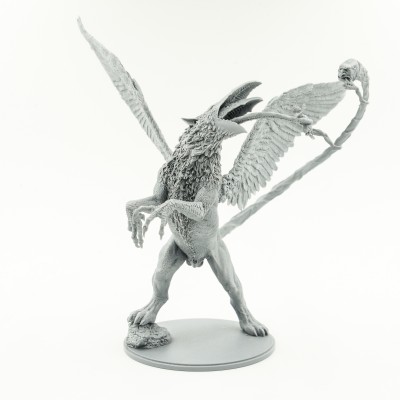 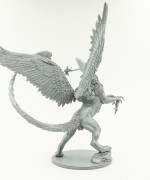 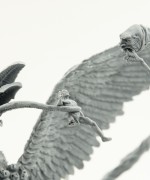 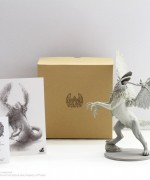 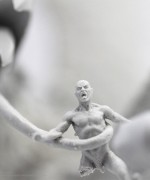 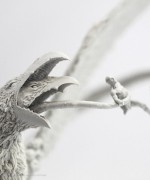 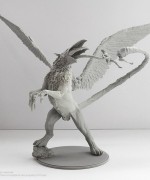 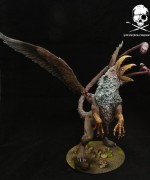 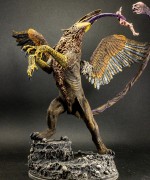 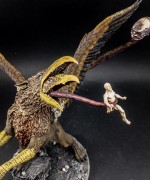 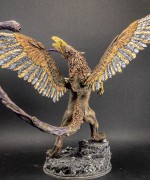 Compared to the great bats of the Hollow Tree, the Gryphon is a tiny and colorful monster. With its powerful wingspan, 20 men across and extremely vicious nature it will hunt these bats during cold periods and bludgeon them to death using its small body.

The corpses of these bats are taken back to the Gryphon’s nest which is crafted over decades by lesser monsters who serve as both its labor and mortar. The Gryphon eats only a portion of these large beasts as it must also feed its nest as it is very much alive.

The Gryphon’s extreme nest building anxiety manifests in a powerful musk, which the orifices in its wing pits consume, store and pressurize in a hump on its back. The monster can spew the concoction which makes humans or other lesser monsters become nest builders. A human can live out its entire life, questing to build parts of a Gryphon’s nest and never realizing the horror of what they are building.