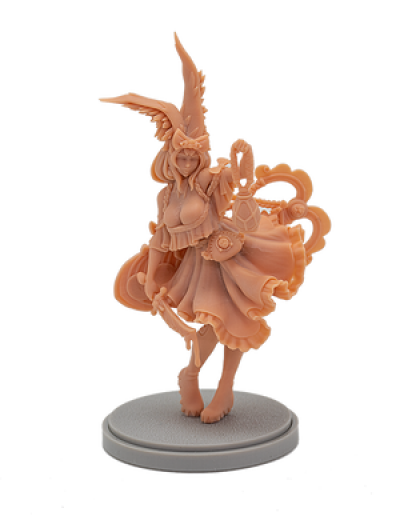 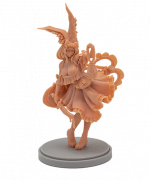 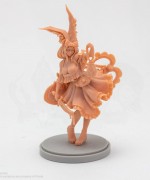 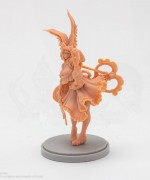 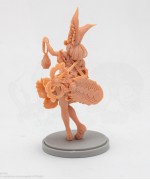 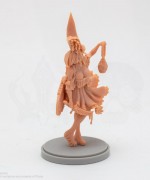 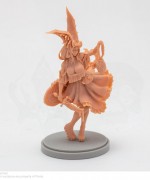 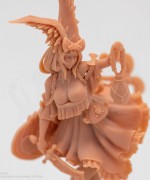 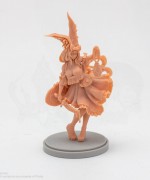 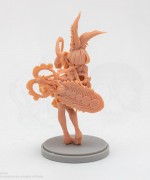 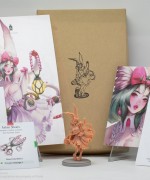 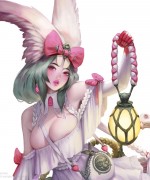 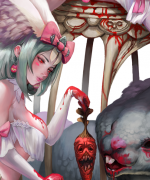 Pascha is a survivor from a settlement that primarily hunts Ashen Lagomorphs, also known as Milk Rabbits. What they lack in intelligence, they make up for in viscousness and a high capacity to breed. Milk Rabbits never stop growing, and their appetite increases with their size. Most die from madness, others from their front teeth getting so long they curl under their chin and cut their jugular.

Milk Rabbits have poor eyesight and scent, wearing fabrics and makeup made from their fur and fat is a great way to confuse them while on the hunt. Pascha’s shears are specially made to cut dense Milk Rabbit fur that is so fluffy and matted it acts as a layer of armor! Her settlement lives in fear and respect for the monster, often holding festivals to promote health, fertility, and a healthy body.

The First Run Collector's Edition is enclosed in a hand-stamped kraft box, limited to 500, and includes: