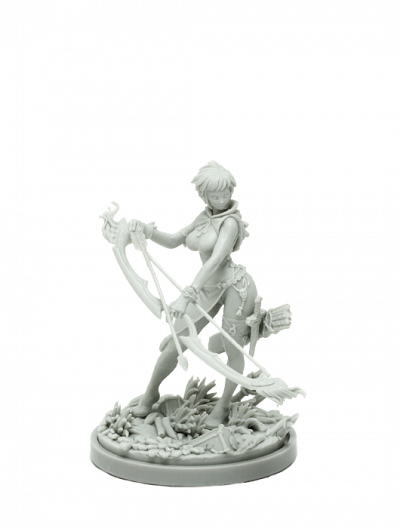 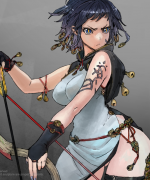 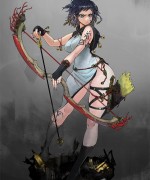 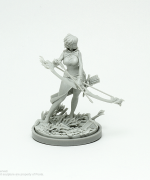 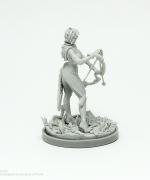 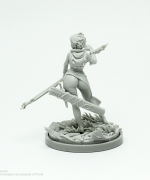 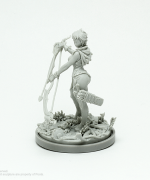 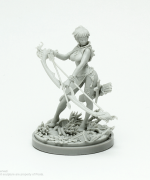 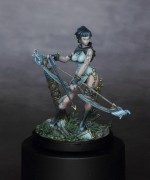 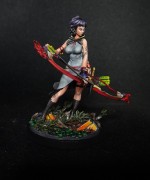 The Ranger's beloved was stolen by a devious, silent hunter. Alone and vowing vengeance, she pursued the creature but it always heard her coming. She perfected her marksmanship and hunted it from afar but still, the creature heard her approach. She set off into the rustling forests to become a perfect stalker. She hung bells of different timber over her body to study how each step, bow string, and arrow notch made her presence known. She would learn to kill with such skill that announcing her presence with the tinkling of bells would not prevent her from taking her revenge.

The Ranger continues the result of a collaboration between Adam & Lokman, exploring some well established tropes in fantasy art. Originally intended as a small line of Generic Hero Classes, the results were so compelling and un-generic, each hero's appearance told so many exciting stories that we wanted to integrate them into the KD world but so far nothing concrete has emerged.