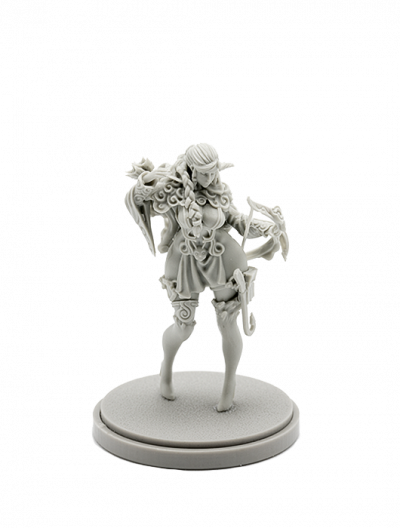 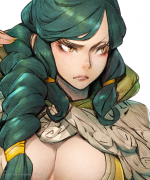 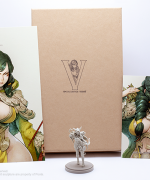 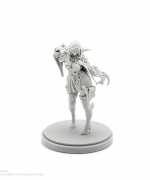 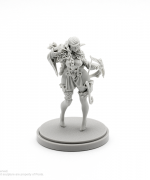 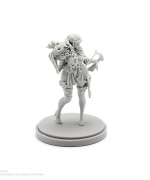 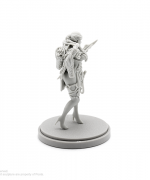 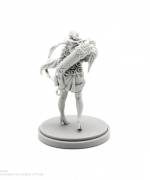 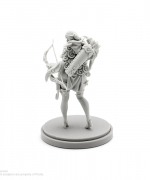 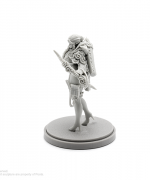 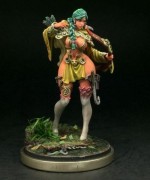 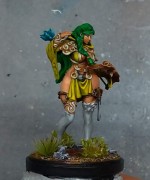 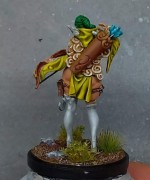 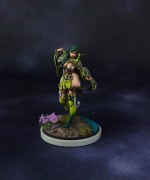 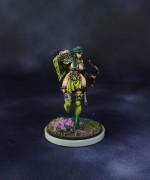 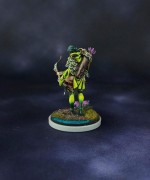 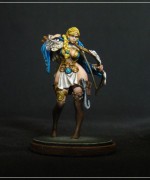 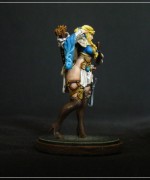 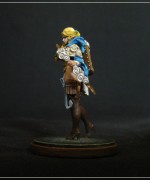 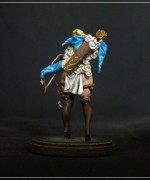 The subterranean settlements sprawling beneath the swamp are filled with a melodious racket. Armed with drills and spades, the Ringtail Survivors travel using a system of pullies, chimes, and gongs to confuse the Vision Owls that stalk the swamp’s surface. Overground, the Vision Owls circle, waiting for the distinctive hue of people on the move disguised in the riot of color swirling below.

The Variant features a less clothed version of our character and includes alternate artwork by Lokman Lam. In some cases, this version was actually created before the original.

The Blessed One
Valkyrie