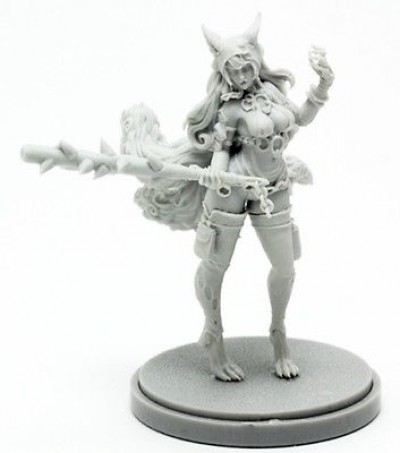 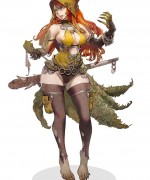 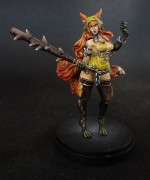 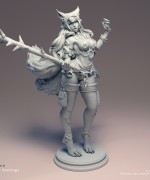 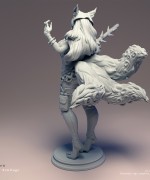 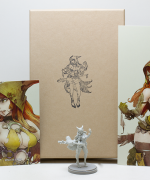 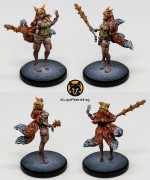 The survivors found a baby floating in the Swamp in a basket of woven fur. Strong and preternaturally fast, the child grew into a wild, beautiful woman bearing strange features like needle sharp teeth and strong fingernails that grew at an alarming rate. Finding an affinity with the fierce fox monsters that stalk their lands, she crafted her armor with clawed feet, a hood with vulpine ears, and fox tails. She protects her people with her keen sense of smell that allows her to detect the shifting levels of sulfur that occur when the Fox God awakens. She has led her people to the safety of the swamp burrows whenever the Ringtail Fox God and its aspects begin their hunt.

Originally released during the 2017 Memorial Day sale (May 26th).