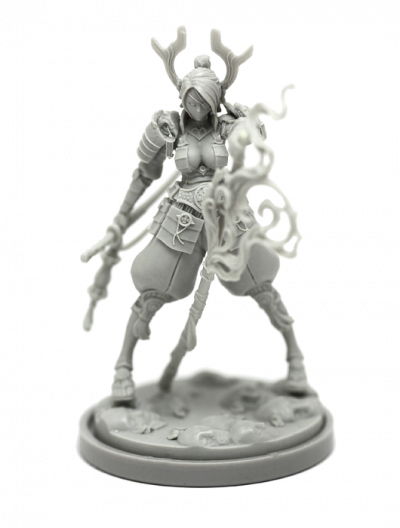 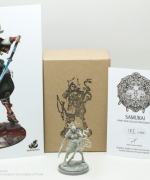 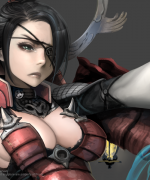 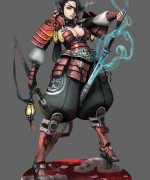 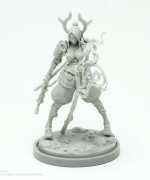 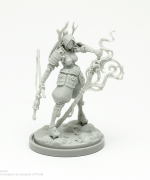 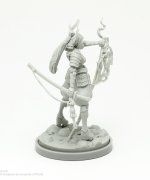 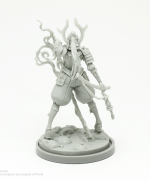 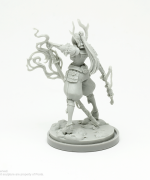 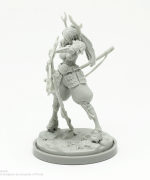 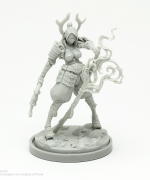 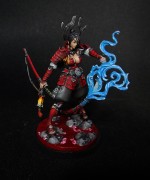 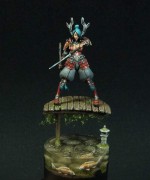 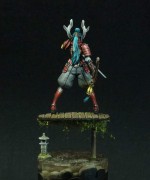 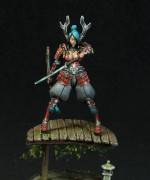 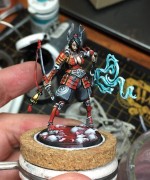 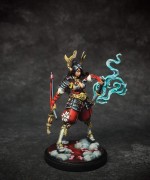 The Samurai continues the result of a collaboration between Adam & Lokman, exploring some well established tropes in fantasy art. Originally intended as a small line of Generic Hero Classes, the results were so compelling and un-generic, each hero's appearance told so many exciting stories that we wanted to integrate them into the KD world but so far nothing concrete has emerged. By offering an eye, the apprentice becomes a Samurai. The second eye is sacrificed to become a master. A clan will take turns using their master's eyes to see into the world of spirits. Without their master's eyes their eye sockets are appealing places for spirits to invade. Samurai may perform favors for these spirits in exchange for insight and guidance. Each samurai carries a cursed blade that is destined to defeat foes that share a distinctive brand that is also etched into the blade. To the great sadness of some samurai, these brands may appear on their dearest allies.