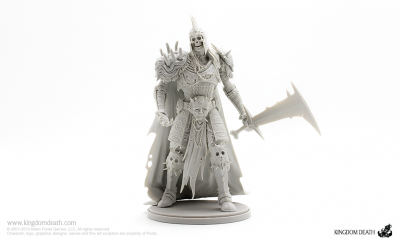 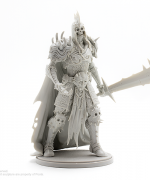 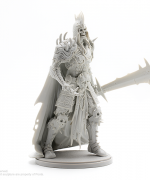 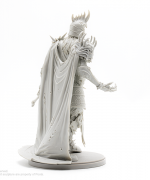 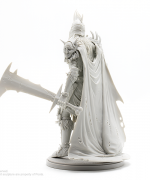 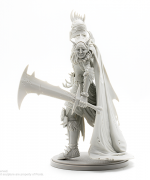 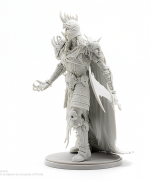 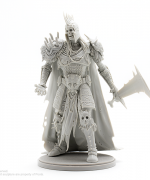 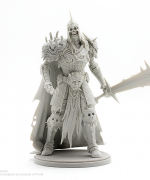 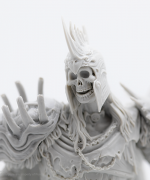 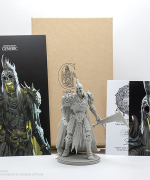 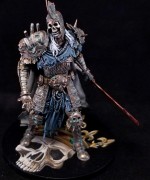 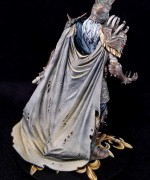 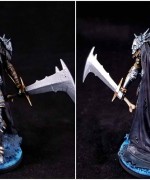 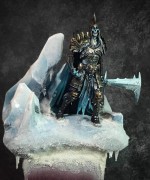 The Skeleton Boss is the result of a collaboration that began with Adam & Lokman, exploring some well established tropes in fantasy art. Originally intended as a small line of Generic Hero Classes, the results were so compelling and un-generic, each hero's appearance told so many exciting stories that we wanted to integrate them into the KD world but so far nothing concrete has emerged. The countless skeletons that serve the skeleton boss were the very same hero the boss was. In life, the hero boasted to the gods that none were as great as he. For such insolence the gods revealed, in all lives, past and future, this hero would succumb to his pride and as punishment must fight, in perpetuity, those other lives. With his flesh rotted away, the great hero commands armies of himself, to kill himself in a conflict that will never cease. Some have claimed to see oceans of bone intertwined in combat, and how it moved from land to land, like a swarm of bleached locusts, devouring all it came in contact with.