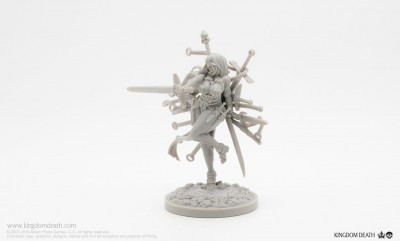 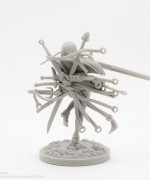 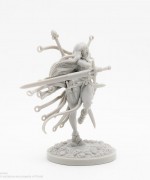 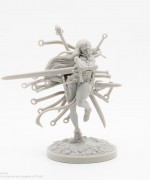 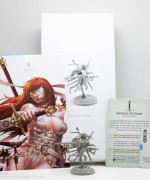 There was a settlement of humans so powerful that they defied one of the great entities. In response, the entity drank their only lake and waited for them to turn to dust. Undaunted, the humans grew plants rich in water and survived. The furious entity took up its mantle and invaded, wiping out the humans. It left one man as a warning, cursed with an unslakable thirst.

Desperate to end his suffering, the man took up the sword, mastering it with single-minded focus. Exactly 1000 years to the day, the Prince of the Sword stood triumphant over the dying entity. Drinking its blood quenched his thirst for the first time but did not end his torment. Eternally he wanders drinking the blood of worthy adversaries to momentarily satisfy his thirst.

White Speakers that tell the story of the Prince of Swords seek the taste of blood stains and remnants of gore on ancient weapons. In this way gaining the prowess of their former wielders.

For this White Box release, your settlement may cross paths with the Sword Hunter. While on the hunt, fortunate survivor may draw the sword from the stone. Upon returning to the settlement, its legendary existence may attract the attention of the Sword Hunter.